Kruger National Park is one of the most famous game parks in Africa. It's huge, stretching a few hundred kilometers/miles from north to south along South Africa's border with Mozambique. Inside, there are no fences -- except around the "rest camps," which are the only places humans can spend the night. You can drive yourself around, or you can take one of the many drives and walks run by the park staff, but you can't get out of your car or walk on your own.

I stayed at Letaba rest camp. It's in a fairly remote part of the park, toward the northern-center. It's a well-run and well-maintained place. There are modern huts and camping areas. A self-service cafeteria and restaurant, with a big open-air patio, sit on the edge of a cliff overlooking the river below. This is a great place to sit and spot wildlife.

Some of that wildlife gets really close -- just the other side of the tall fence that protects us from them (and them from us!). I spent half an hour or so watching two elephants, just a few meters away, casually tearing limbs and branches off of trees and stuffing them into their mouths. (Elephants have poor digestion, a park guide told me, so they have to eat a lot.) One of the photos below shows that scene. The others are of a bungalow and of animals that I saw as I drove myself around and went on guided tours. 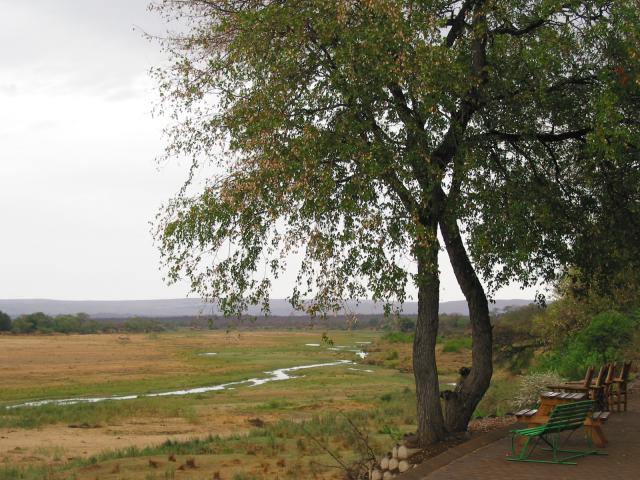 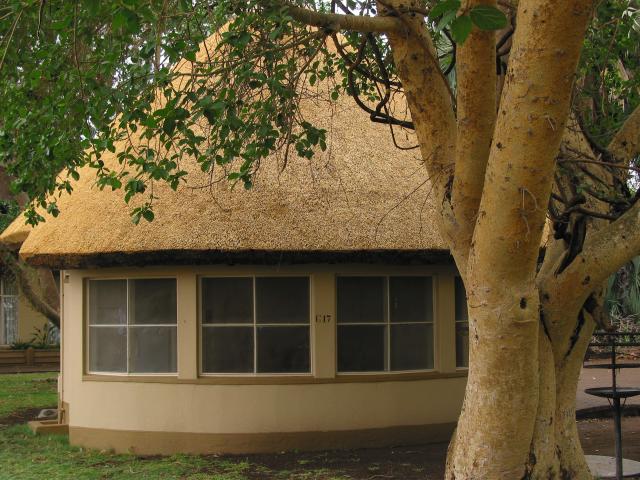 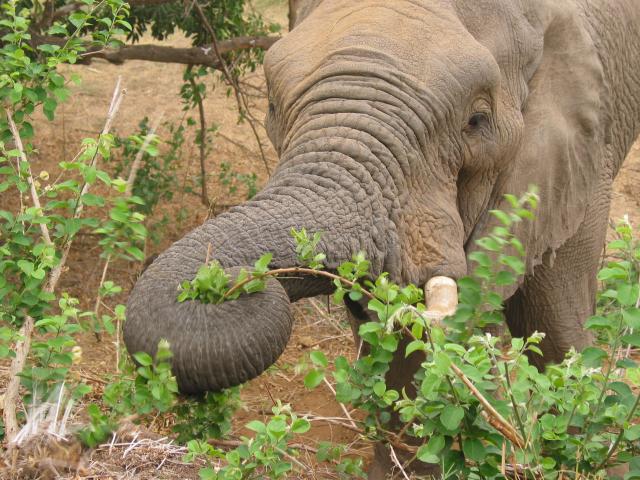 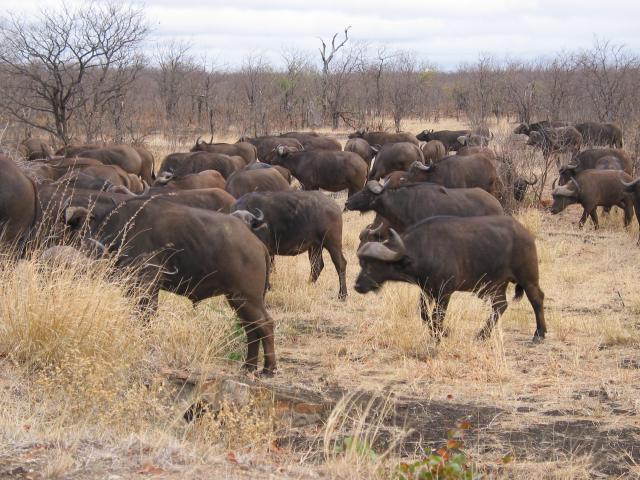 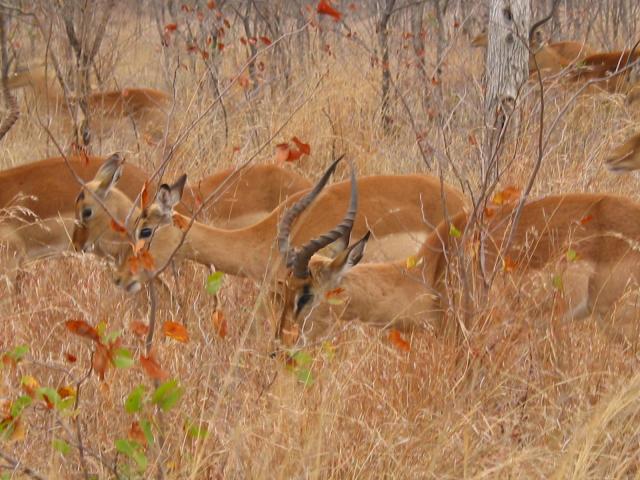 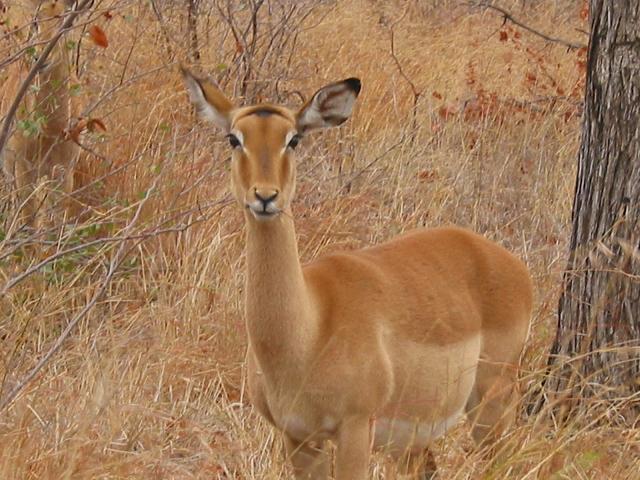 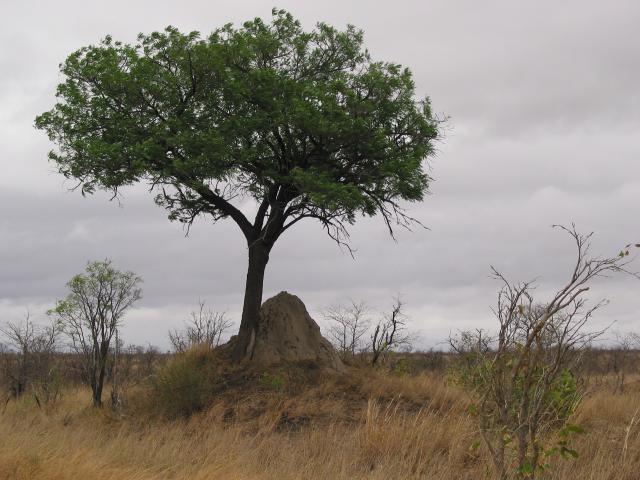 [Previous page: West Bank of the Nile near Luxor] [Next page: Bloemfontein to Cape Town: Not the N1]
[Tour start: Around the World 2003] [Tours]

(These photographs are Copyright © 2003 by Jerry Peek. Much higher-resolution versions of most images, and many other images too, are available at Jerry Peek Photography. Photos are available at reduced prices, or free, for non-commercial use.)