I used to think that Bastille Day, 14 juillet in France, commemorates the storming of the Bastille prison in 1789. Actually it commemorates the Fête de la Fédération — the national day of celebration which took place exactly one year later, in 1790. (Some of the French didn't approve of the storming. You can read more in this Wikipedia article.)

July 14th is the national holiday in France. I got to Grenoble just in time for the requisite military parade... everyone was proud and proper, and even the dogs were in step (in my photo below, at least). Vive la France!

(PS: These photos are scanned from slides. Most images extend just to the edge of the slide frame, so I've included most of the borders.) 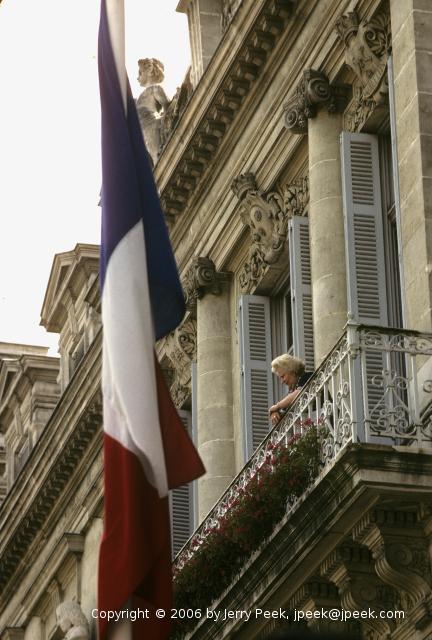 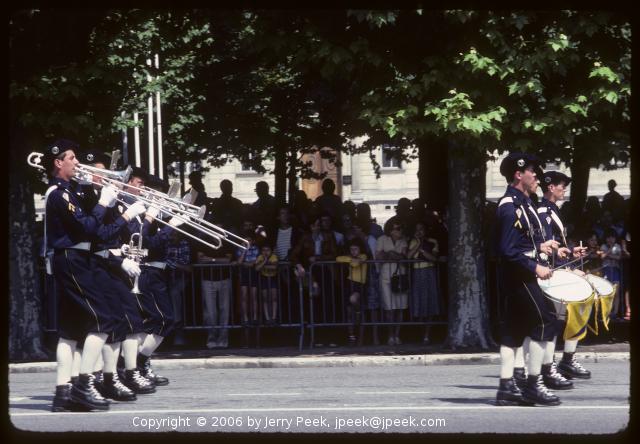 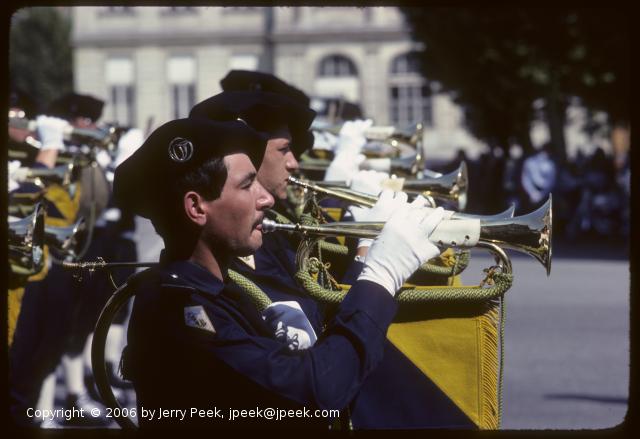 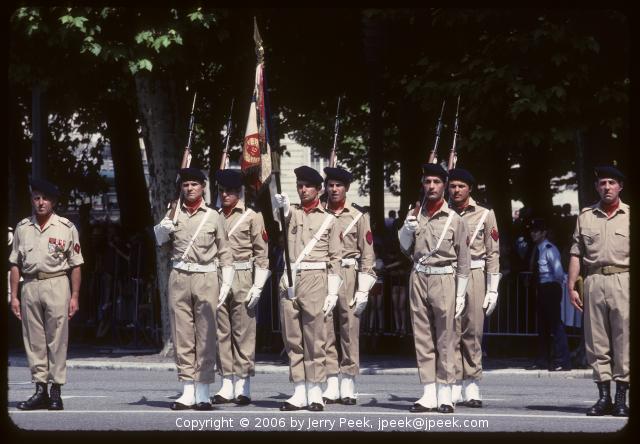 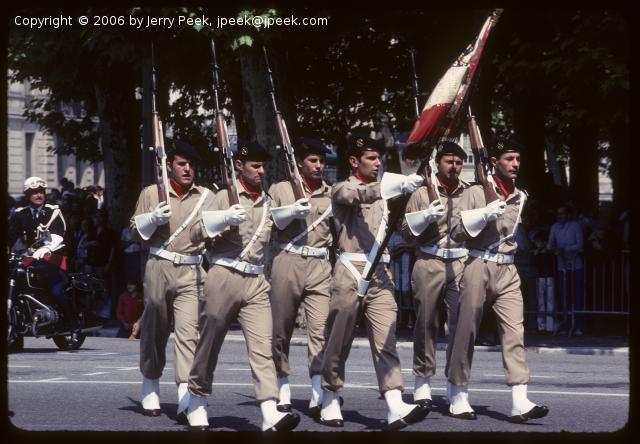 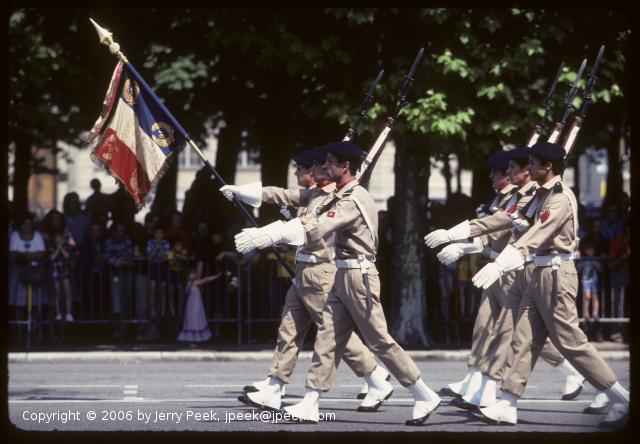 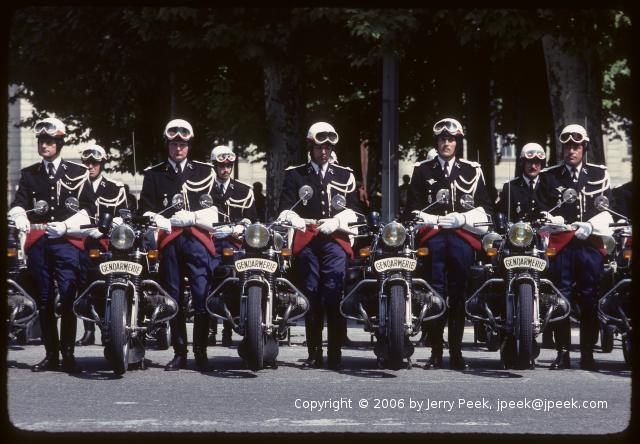 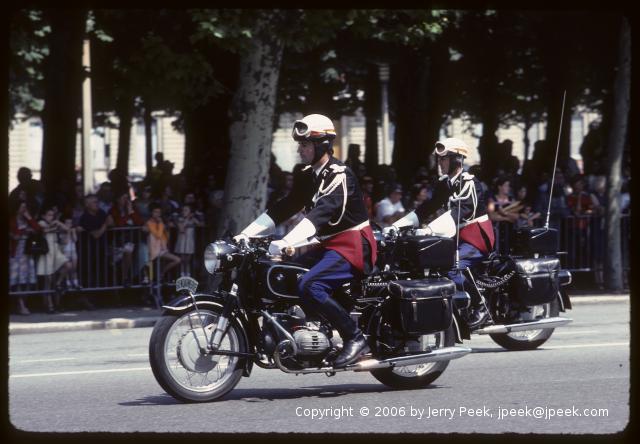 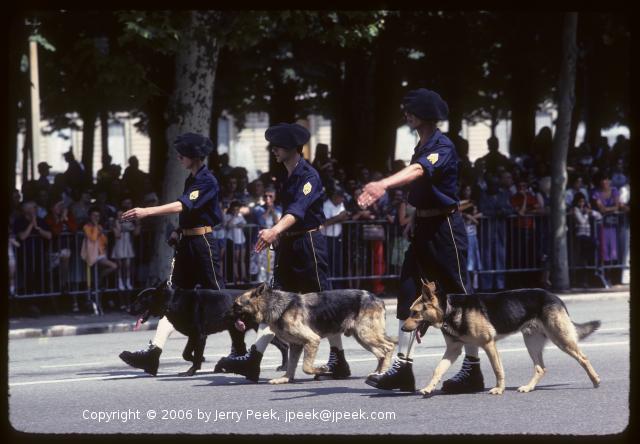 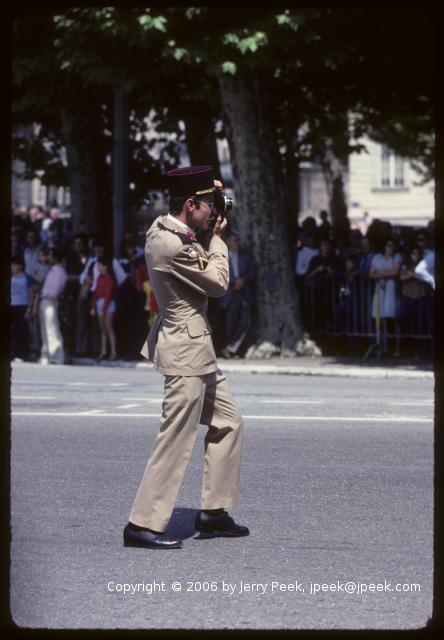 (These photographs are Copyright © 2006 by Jerry Peek. Much higher-resolution versions of most images, and many other images too, are available at Jerry Peek Photography. Photos are available at reduced prices, or free, for non-commercial use.)